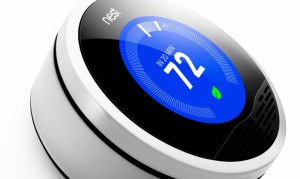 internet devices in the home

I predict the end of business as we know it, the growth of internet connected devices will see a change so huge that those who are not ready will simply die.

It’s without doubt that the internet is going to dominate our world even more than it is now, smart devices that connect to all of our lives will change everything. Today 40% of the world’s population has an Internet connection. In 1995, it was less than 1%.The number of internet users has increased tenfold from 1999 to 2013. The first billion users were reached in 2005 and the second billion in 2010., the third billion by the end of 2014. (Stats internet live stats).

We can clearly see the trend in standard Internet connection use but what about the smart connected device? The home will have connected smart meters, kitchen equipment, lighting and central heating. The car industry is making huge steps into connectivity, most new cars come ready connected via apps and some already are themselves internet hotspots.

All new European cars from 2015 will have to have systems that send data to include location and other information as part of eCall. This data will inform emergency services of the location of the car in the event of an accident. Its only a matter of time before insurance companies will want a smart device placed in your car.